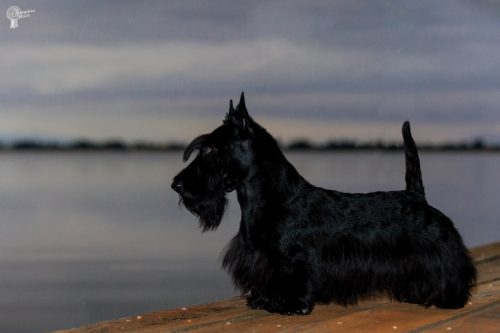 Sup Ch, Am Gr Ch Shortblak With One

Achievements:  Julius was a singleton puppy who was born on the Ides of March by Caesarian Section so had to be called Julius but now gets called Juju for short. Titled at 7 months old, Julius is a Multi Best in Show, Best in Group  and Multi Class in show winner..  At just over 18 months of age Julius won Best in Specialty Show at the Scottish Terrier Club of Victoria under breed specialist Mrs Jan McRae, we believe the best is still to come from this young man.

Juju is a multi Specialty winner earning his second win in June 2018, second Victorian Specialty in a row for Juju!

Anyone who meets this young boy falls in love he is such a character and extremely loving! Not only is he a fabulous top winning show dog he is also an absolute joy to live with!

In Sept 2018 he will make his way to America to be shown and used at stud, while in America Juju has gained his Grand Champion title. Also only needs 1 point for his Canadian title. 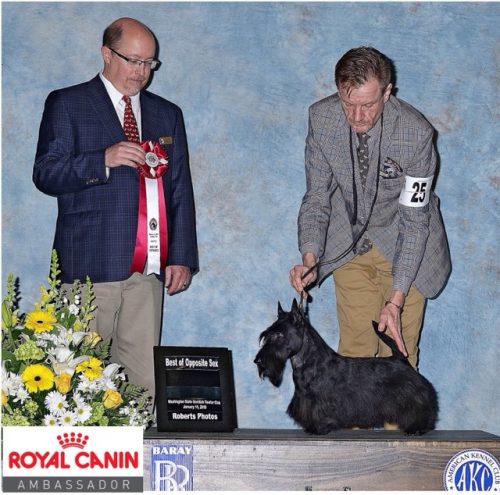 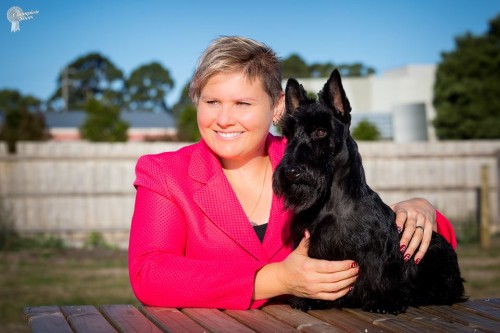 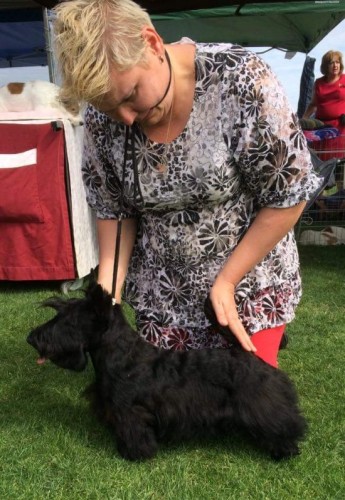 Juju after winning Best of Breed at Sunbury Show.